Photoshop: Why it’s Time to Stop Whinging about it and Start Learning how to Use it 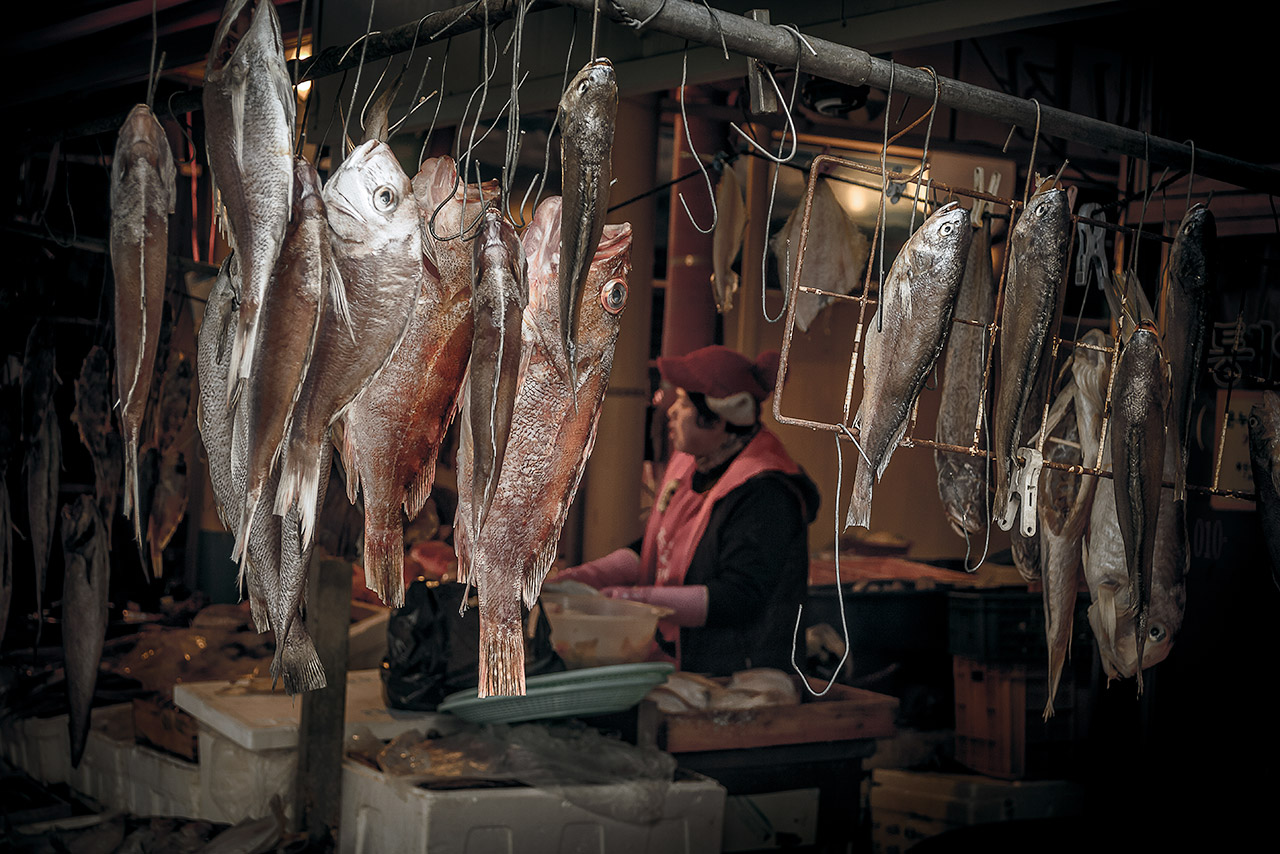 When I fired up Facebook this morning, I noticed a guest post on ScottKelby.com from a photographer I think most hobbyists will be familiar with, Serge Ramelli. The article centres on the use of Photoshop, stating that “If you’ve ever had to defend yourself for using Photoshop… you’ve got to read this guest blog piece.” Having first come across Serge a couple of years back via an excellent 5-day-deal in which some of his video tutorials were packaged, I knew he wasn’t exactly shy with his use of Adobe’s many offerings. My interest was piqued.

Feel free to read the article in full, but in sum, Serge asserts that using Photoshop is no different to achieving a certain look and feel to an image through the use of a particular lens or filter, etc. While I can’t quite bring myself to agree with his logic entirely, the article did raise an interesting point (or at least that’s what I inferred – wouldn’t my high school English teacher be proud?) in that photography is experiential; it’s about the emotions a viewer goes through when they look at your photographs, the story they experience. If post-processing is the means by which you guide your viewer, so be it.

Now perhaps I’ll strike a nerve with what I’m about to say, but surely I can’t be the only soul who gets the impression that the predominance of this “It’s all Photoshop” whinging is coming from other photographers? I hear it all the time while shooting the sunrise at Angkor Wat as part of my Angkor Photography Tours. When I turn to see where the comment has come from, that person almost invariably has a camera in hand. In fact you hear very little of these sorts of moans from the non-camera-toting general public, and yet the mantra rages on.

I have a theory: The photographers who’ve climbed aboard the Photoshop-bashing bandwagon have something in common; they’re not all that proficient in Photoshop themselves. Their outbursts are more admissions than anything else, admissions that their work just doesn’t quite stack up against much of the beautiful imagery we now have ready access to online. Through a process of learning and perfecting one’s craft, we’re all capable of producing stunning imagery, but there will always be those who prefer to criticise the means of achievement than to educate and better themselves, preferring to deem Photoshop tantamount to “cheating.”

Post-processing is, has been, and always will be an integral part of stylising your images in order that they say what you want them to say. Those Instagram filters you apply are no different; that’s post-processing, albeit in very rudimentary form. Highly capable software makes it easy to pass the buck, but maybe it’s time to climb down from the high horse and embrace something that has been part of photography since at least the days of Ansel Adams.

Now I’m still wrestling with some demons as to EXACTLY what I deem acceptable use of Photoshop in MY OWN imagery; I’ve taken some excellent video workshops over the years from the likes of Ryan Dyar and Jimmy McIntyre that have shown me hundreds of new possibilities in Photoshop, but I must confess to feeling a little hurt when all the sordid details of the Steve McCurry scandal have come out. The fact remains, however, that heavy-handed processing is nothing new. While the online witch-hunt only gathers momentum in its attempt to vilify McCurry, the work of Ansel Adams is held up as a bastion of purism. For those who aren’t so familiar with Adams’ work, or more specifically the work that went on “behind the scenes,” he rather extensively applied dodge and burn techniques to give his photographs the moody, layered feel for which he is known. Okay, he wasn’t cloning things out (or lampposts in(?!)… How did you miss that Steve?!), but he was still materially altering the way his photographs were experienced. I figure that what was acceptable for Ansel will do just fine for me.

So that this post has at least some vague sense of purpose to it, I figured I’d better share a couple of images I tidied up just yesterday; I was able to give them an entirely new lease of life with predominantly dodging and burning on a soft-light layer in Photoshop, with the whole process taking no more than around 5 minutes per image. For those not familiar with dodging and burning in Photoshop fear not: There’s an Irish fella here with excellent video showing off the possibilities and procedures:

This is an image I made way back in 2013; if memory serves correctly, it was actually the first “street” photograph I ever made. Of course it’s had a few re-touches over the years. Like a lot of people, I found the learning curve steep when it came to post-processing. After about 3 years as a “serious” photographer, I feel I’ve just about gained a working proficiency in both Lightroom and Photoshop. Anyway, all that was done to this shot was a slight levels adjustment to deepen the blacks, and some fairly liberal dodging and burning on a soft light layer. And yes, I’ve cloned a little mark off the woman’s arm in the background. It took all of about 5 minutes to transform an image that just looked a little too washed out and too lacking in contrast to sit alongside my more recent work. I feel it now works a little better with my current stylistic preferences. 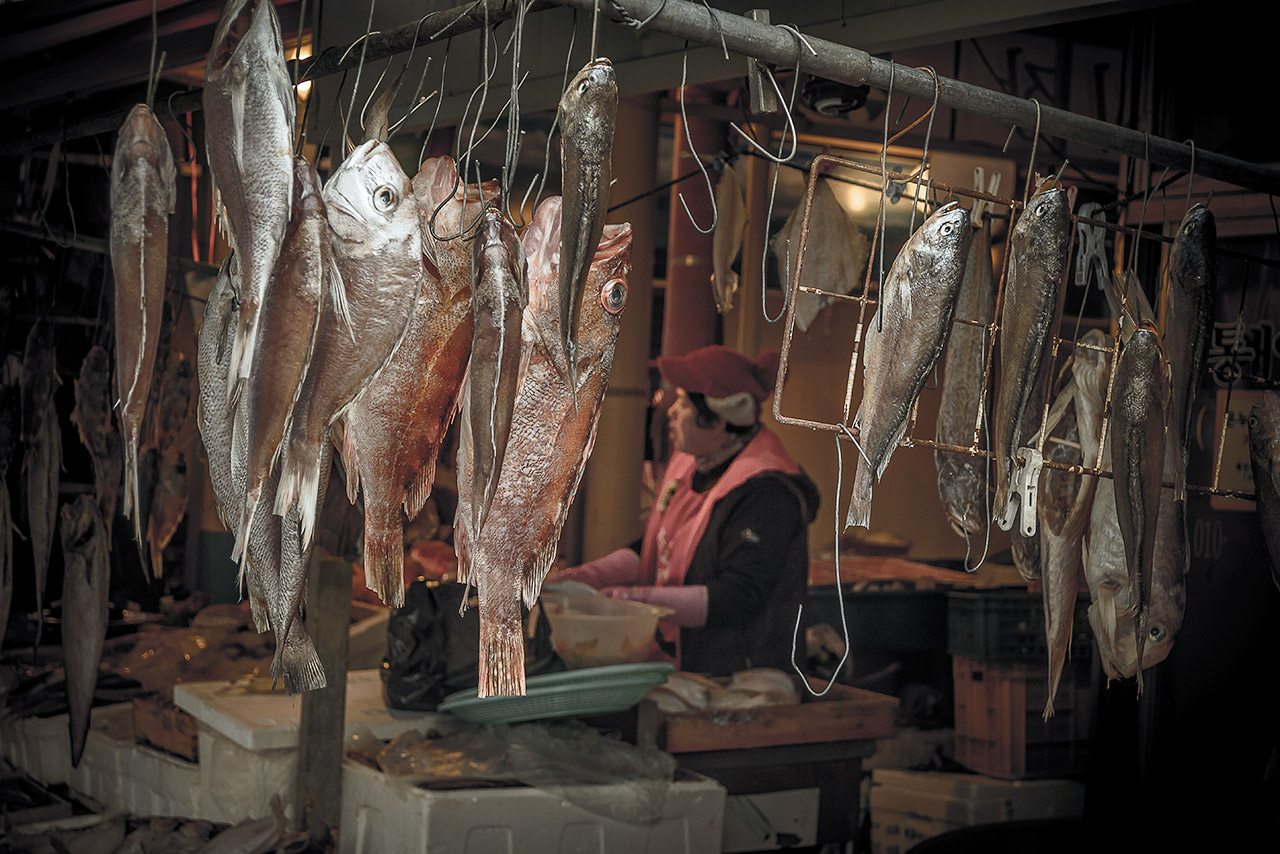 I followed a similar procedure on this next image, my shot of two bulls locking horns at the 2013 Cheongdo Bullfighting Festival in South Korea. The blacks were deepened with a levels adjustment, I selectively dodged and burned in a way that emphasises the black bull’s face, and finished up by selectively sharpening the face (I’d originally missed focus – cheers D3200 and 55-200mm kit lens!); the finished image is looking much sharper and again brings the image more into line with my current portfolio of images. 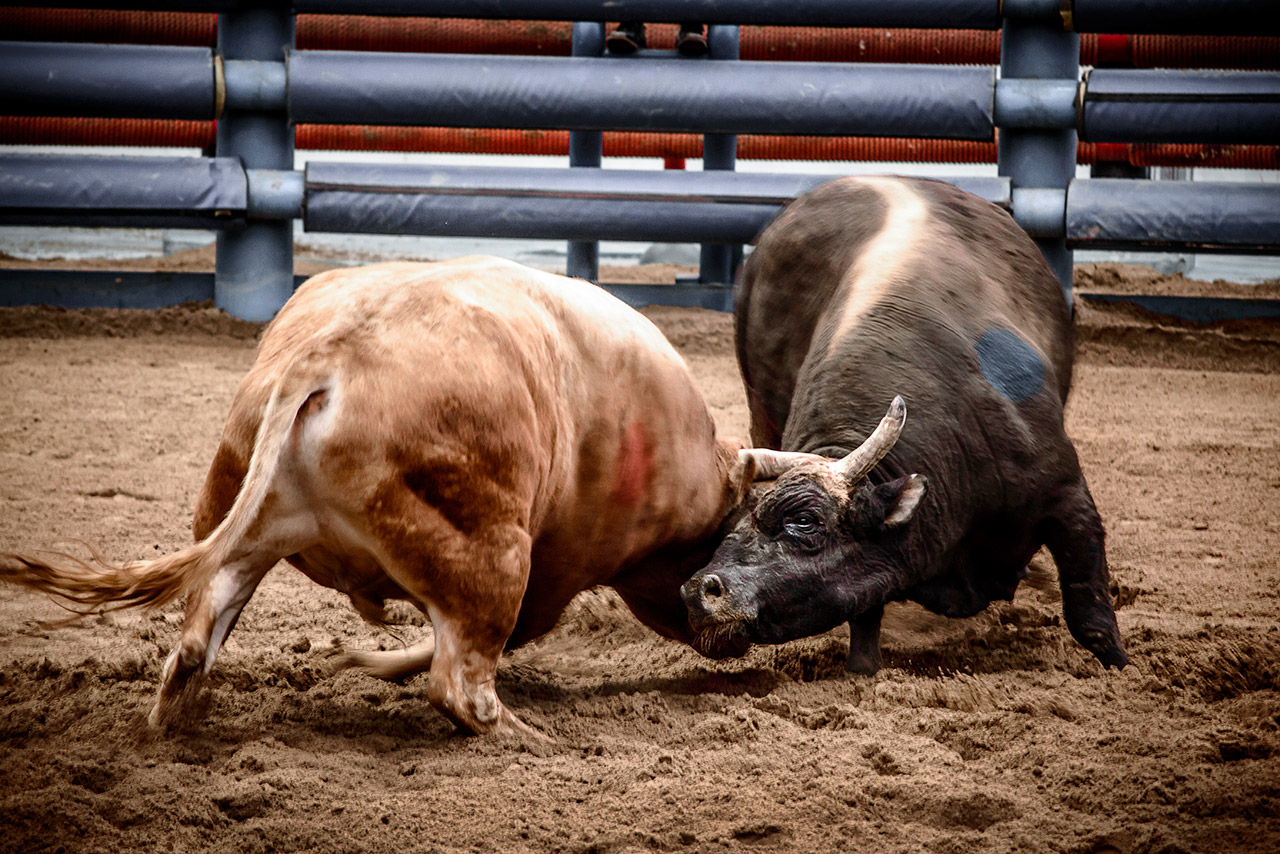 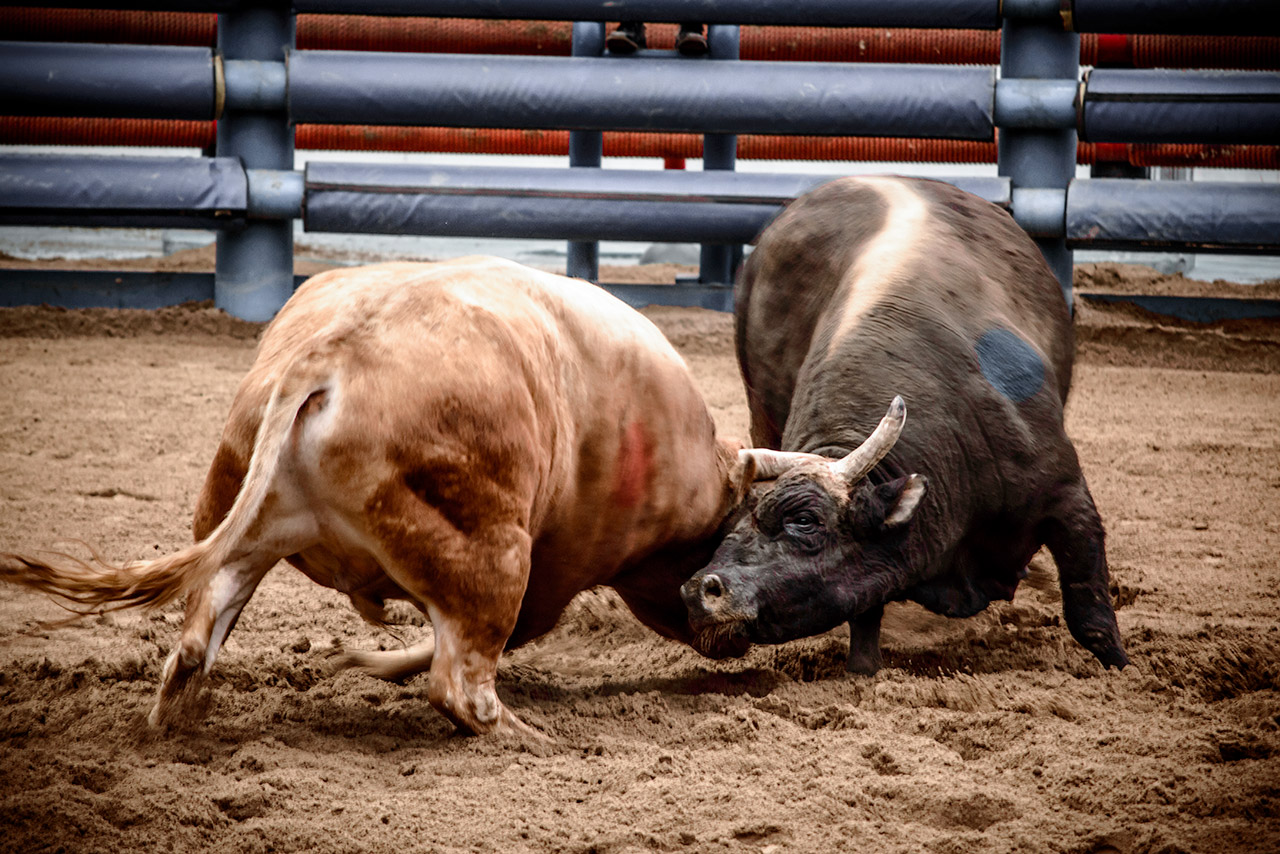 I hope you’ll agree that with just a quick, 5-minute retouch, these images are looking a little better. I’d also like to state, for the record, while I’ve got you here, that while I’m quite clearly an advocate of Photoshop and its many possibilities, I absolutely, unequivocally, do not believe it to be a substitute to proper craft and composition; I’m also a firm believer in being candid in your use of the software – I’ll always come clean with where and how I’ve used software to enhance a feature of an image; I’m not trying to kid anyone that the scenes I present are exactly as seen in the final image. Honesty is the best policy!