I’ve never been a particularly religious soul, but the tourist in me dies hard…

As one of the Three Jewel Temples of Korea, I suspect Haein-sa features prominently on many a traveller’s Korea bucket list, but we all know what happens to best laid plans. Many will likely have been dissuaded by virtue of the temple’s remoteness, by the language difficulties one invariably faces when travelling in backcountry Gyeongbuk, and by the onset of “temple fatigue,” that feeling of sameness that creeps in once you’ve seen more than a few of the peninsula’s gaudy offerings.

Despite my lengthy stay in Korea, I hadn’t yet managed to cross the temple from my list, and so over Chuseok, along with Scott Rotzoll, I endeavoured to venture into the fir-carpeted hills and burbling streams of Gayasan to see if the temple was as “cookie-cutter” as a friend of ours had suggested – something I must confess had been a concern of mine, too.

Discounting the buildings that house the Tripitaka Koreana, a series of ancient Buddhist stone carvings, there is little to separate Haeinsa’s architecture from its counterparts. And it was immensely disappointing to discover that we couldn’t view the temple’s “main draw” for ourselves, off-limits to tourists; the cultural assets are now better-defended against disasters à la Dongdaemun. Yet what really distinguishes Haeinsa as a must-see is the hive of holy activity within its grounds. As a working temple, robed monks go about their daily rituals unfettered by the watchful eyes of tourist revellers. Here, you’re afforded a glimpse into the life of piety you’ll now find in only a handful of places on the peninsula…

Photography and words by Chris Cusick. 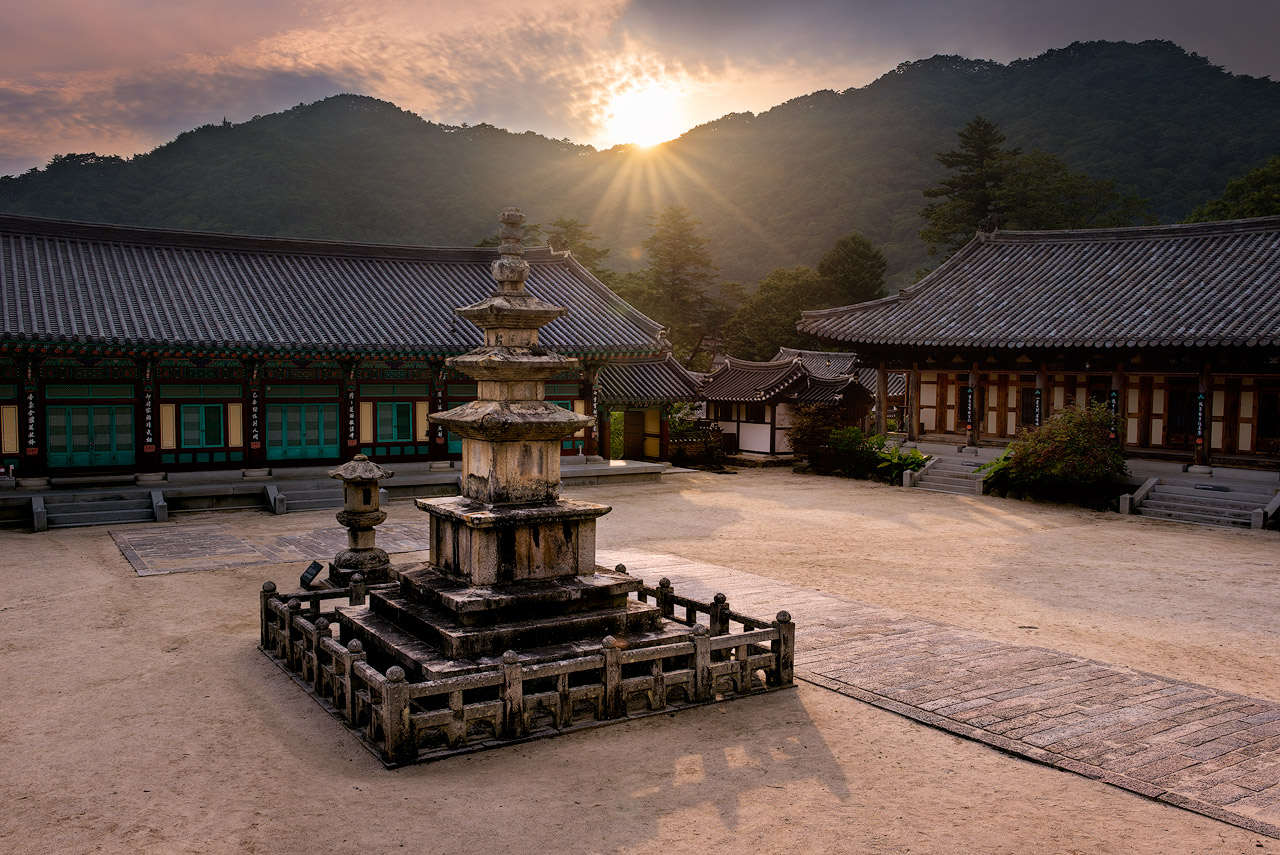 While usually a hive of tourist activity, Haeinsa’s main courtyard is eerily quiet on the day of our visit. 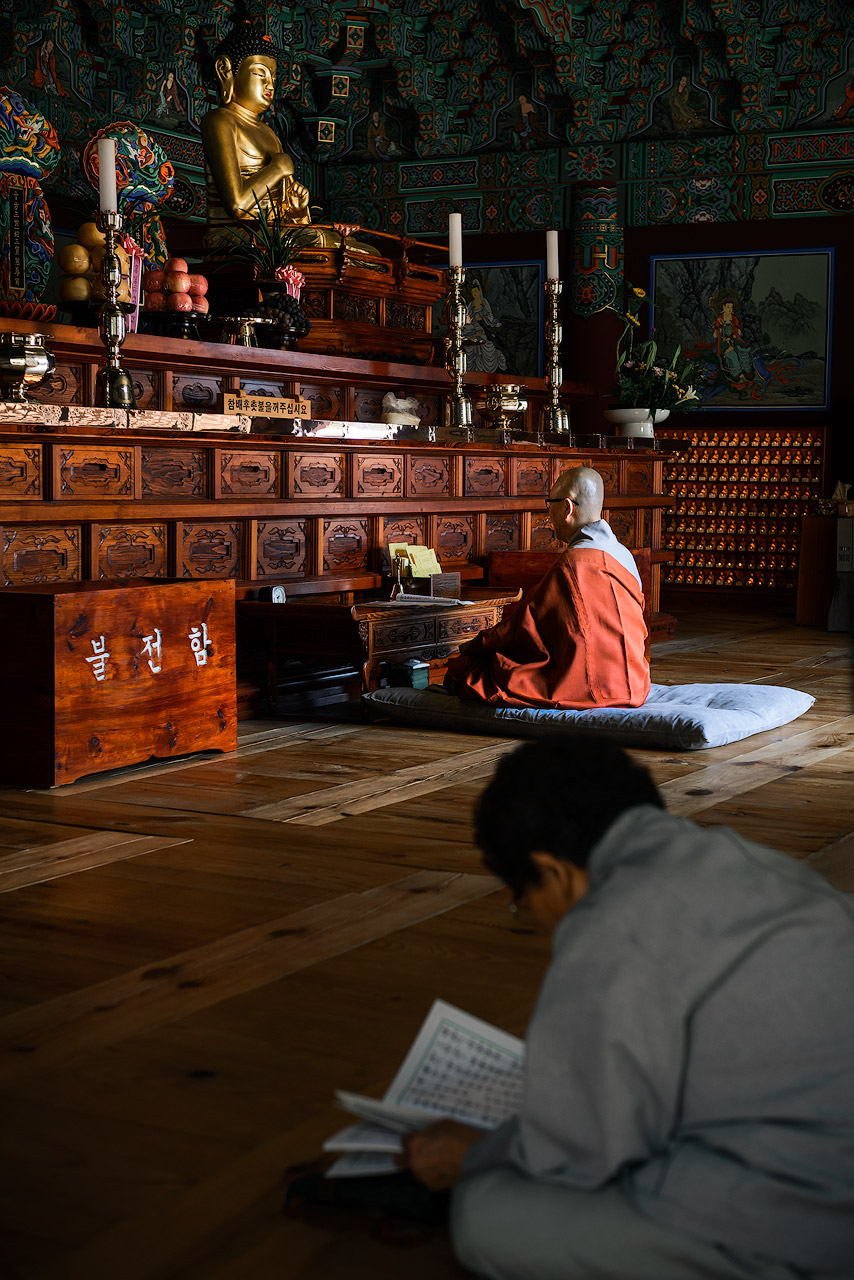 Daejeokkwangjeon, the temple’s main hall, is filled with the sounds of Buddhist chants. Temples see more tourists than worshippers nowadays, with fewer and fewer practicing Seon (Zen) Buddhism each year.

Haeinsa’s resident monks can be found reading scripture daily in the temple’s main hall. The chanting can last for hours at a time. 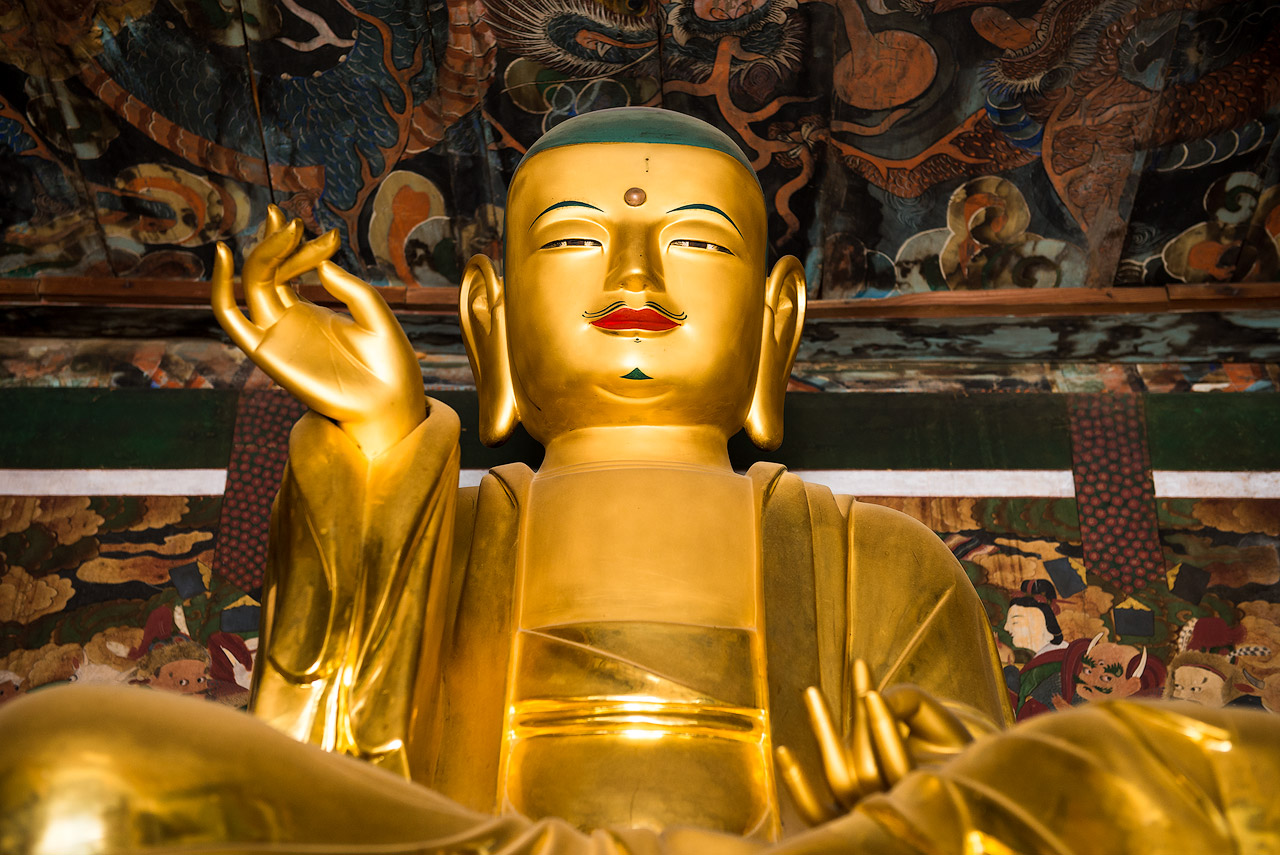 A more impressive image of Buddha, one of the finest on the peninsula, is housed within the intricately decorated interior of the annex to the main hall. 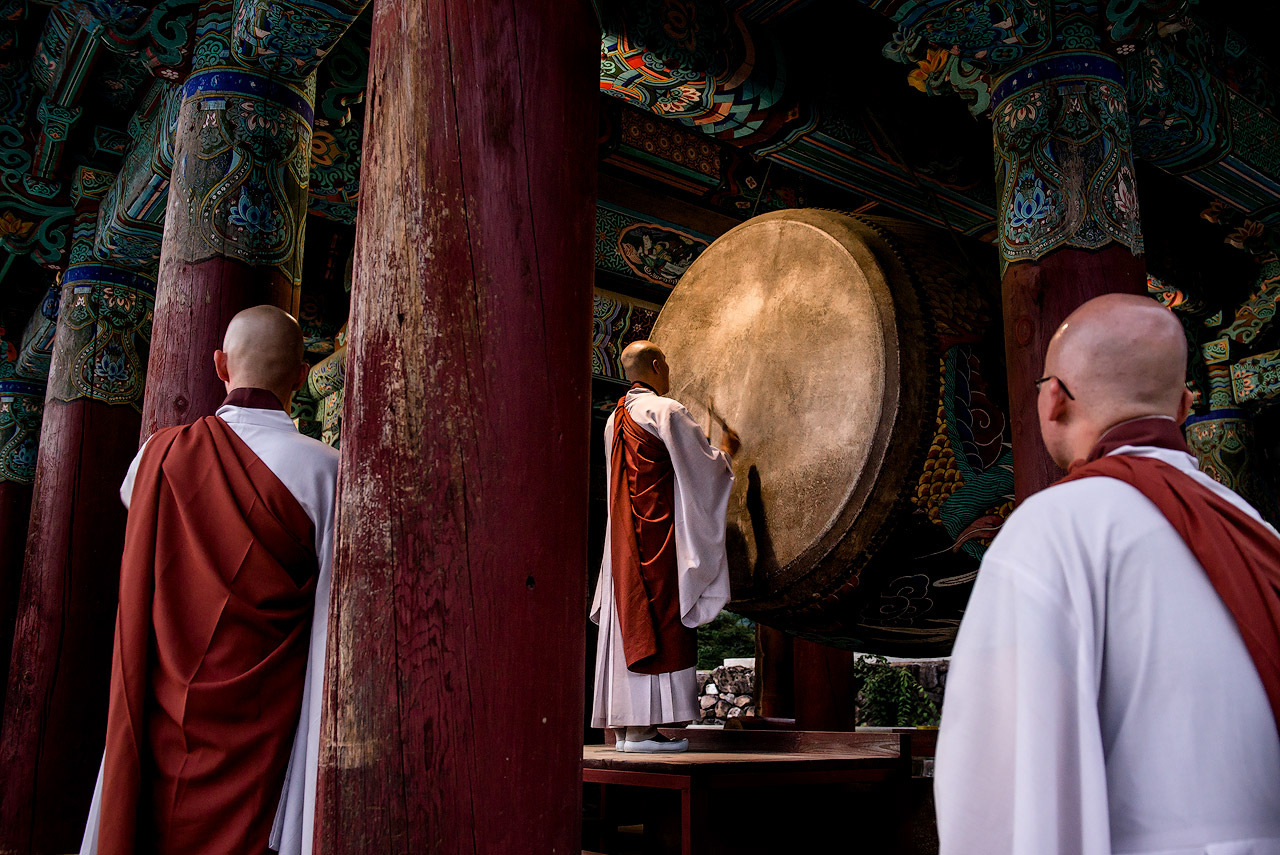 Monks gather around the ceremonial drums near the entrance to the temple complex. The ceremony lasts around thirty minutes, with drums on four sides of a central pillar being played as part of the ritual. 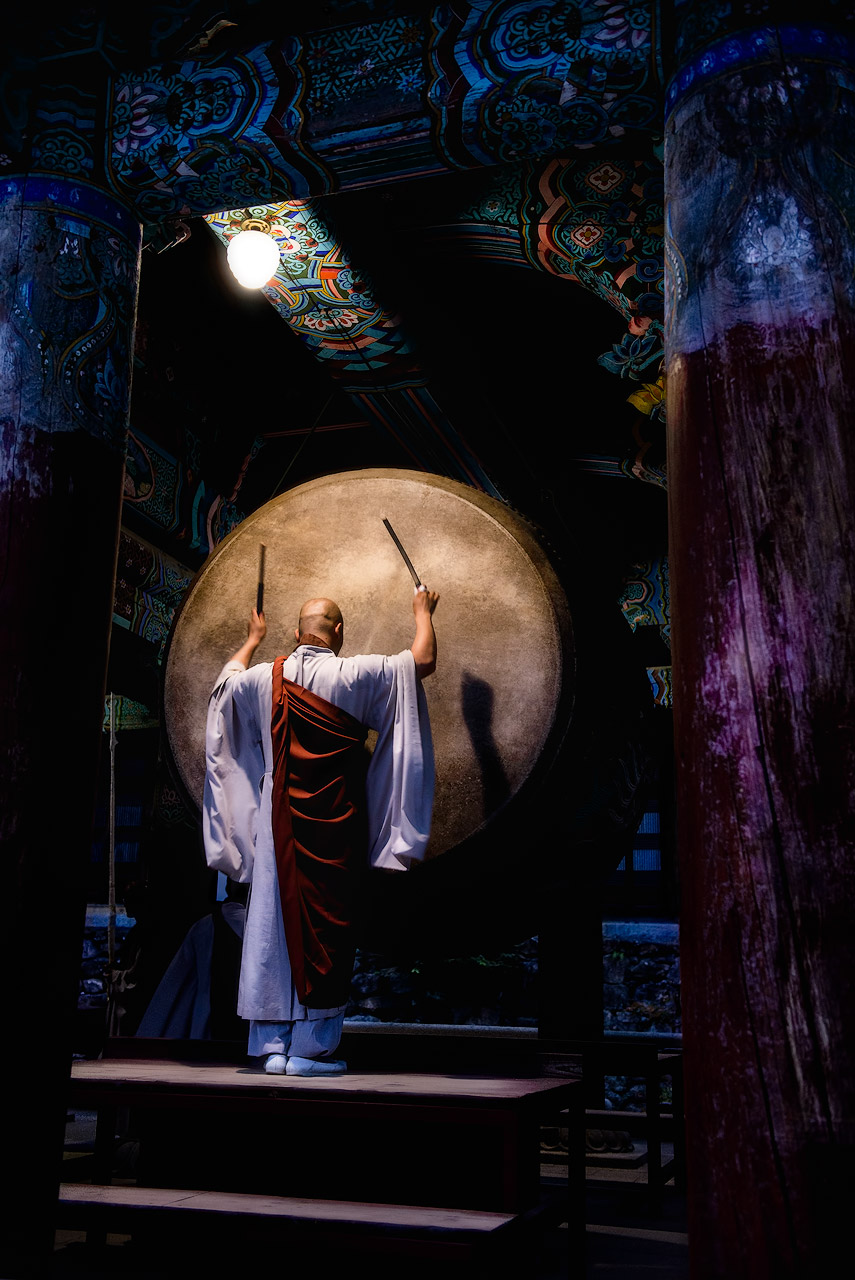 The evening ceremony is drawn to a close as the last light fades out.

If you’ve enjoyed this photo essay, I’d love for you to join me on my photographic journey. There are a few ways you can connect with me. The easiest is to Follow Me on Facebook. I’d really appreciate it if you shared my profile with friends and family to help me reach new audiences. You’ll also find a selection of my work on 500px and Instagram.