I’m generally last to hear about the next big thing. Things were no different with Crowdfire. Just as I was scouring Google Play for an app that would allow me to tee up Instagram posts, the image-sharing giant issued another change to its API which made this feat impossible for third-party apps like Crowdfire. At the same time, Crowdfire removed the ability to view your latest unfollowers. In this post I throw in my two cents with a review of the new but not-so-improved Crowdfire, as well as expand upon the need for an app of this nature. Why the Need to Schedule?

For me, that need manifests itself through my busy, client-centric lifestyle. As innocuous a task as updating your Instagram feed or Facebook page is, these are hardly tasks that warrant me ignoring clients for a few minutes while I mull over which #hashtags to use. And if I’m to post consistently and at the right time (widely touted as essential for good engagement), I’d have to do so early on in one of my photography tours – I’m big on first impressions and so this isn’t something I’m willing to compromise on.

I also quite regularly find myself in remote locations without access to the internet; the ability to tee up a post in advance would be a real game-changer, and is what led me to Crowdfire in the first place. My plan was to organise my posts for the week on both Instagram and Facebook on one of my days off, then simply kick back and engage with those who enjoyed the images when I had the time (and a sufficiently stable internet connection) to do so.

Why Count your Unfollows?

I know, if you enjoy someone’s images you should follow them, right? It’s more a matter of principle for me. I hadn’t realised just how commonplace it was for other users to lure you in with a follow, encouraging you to do the same, only to unfollow you a few days later. I was hoping that Crowdfire would help me more easily identify the culprits for this sort of activity, but this functionality has been removed with the Instagram API update. Using the free version of InstaFollow for Instagram, I’m now able to see who unfollows me. Try it out for yourself; you’ll see a surprising number of users who’ve followed you within the last few days or weeks, simply casting you aside once you’ve followed them back. If you’re going to be as obvious as that, you won’t be counting me among your followers. I’m on Instagram to engage, not for the numbers game.

Upon booting up Crowdfire for the first time, it became instantly obvious that the features that had led me to the app at first instance were now obsolete. I thought I’d persevere and see what value I could take from it nonetheless.

So there’s no scheduling functionality for Instagram; rather, you’re restricted to selecting the image you intend to upload in the Crowdfire app and then sent a reminder notification when it’s time to post. This appears to be the norm with the new Instagram API, and even official partners Iconosquare are subject to the same limitation.

You can either set this time yourself, or do as I did and have Crowdfire tell you when the best time is. As it so happens, I figured this wasn’t exactly ideal, but any kind of reminder that could get me posting more regularly and taking social media a little more seriously would be good, right?

So I thought, until Crowdfire’s first notification popped up at approximately 1am. Imagine how thrilled I was to be woken up to be told to post to Instagram. Perhaps this was more anomaly than the norm; most of the suggested post times have been rather more sensible, but there have been a few late-night/early-morning pings. I can’t help but feel the the app could be greatly improved upon were it possible to restrict post reminders to “The best time during normal human waking hours.”

I’ve also noticed, despite my instructions to post/remind once within a 24-hour cycle, the app occasionally re-organised itself in such a way that no post was scheduled/suggested on a given day. In one particular example, it changed its posting pattern so that my #throwbackthursday post would be going out on a Friday.

Things looked a little more promising with regards Facebook. Facebook’s API is less restrictive and so the Crowdfire app is able to post directly to your page without the need for the “reminder workaround.” This functionality is already built in to Facebook itself, with it being incredibly simple to schedule posts rather than publish them immediately. Still, having Crowdfire post them at exactly the right time sounded rather appealing.

Queue the next problem: Image quality. Crowdfire managed to cripple the quality of my upload in a way that not even Facebook themselves could contend with. The image on the left is what was uploaded via Crowdfire; the image on the right was uploaded directly to Facebook. Notice the dramatic colour shift in the Crowdfire file, and also the unusual moire-like artefacts in the clouds. I’d like to stress here that this is exactly the same jpeg file! 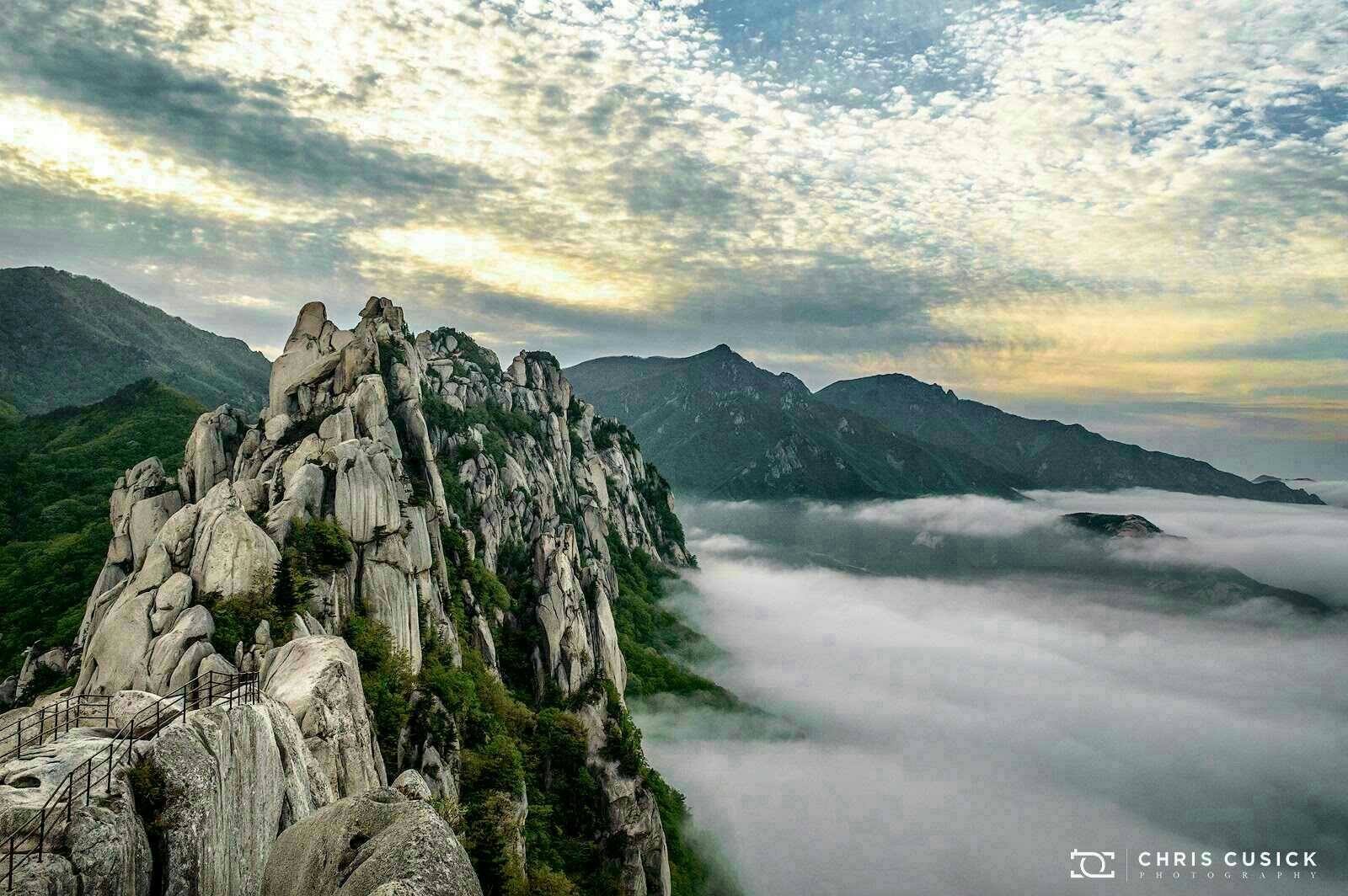 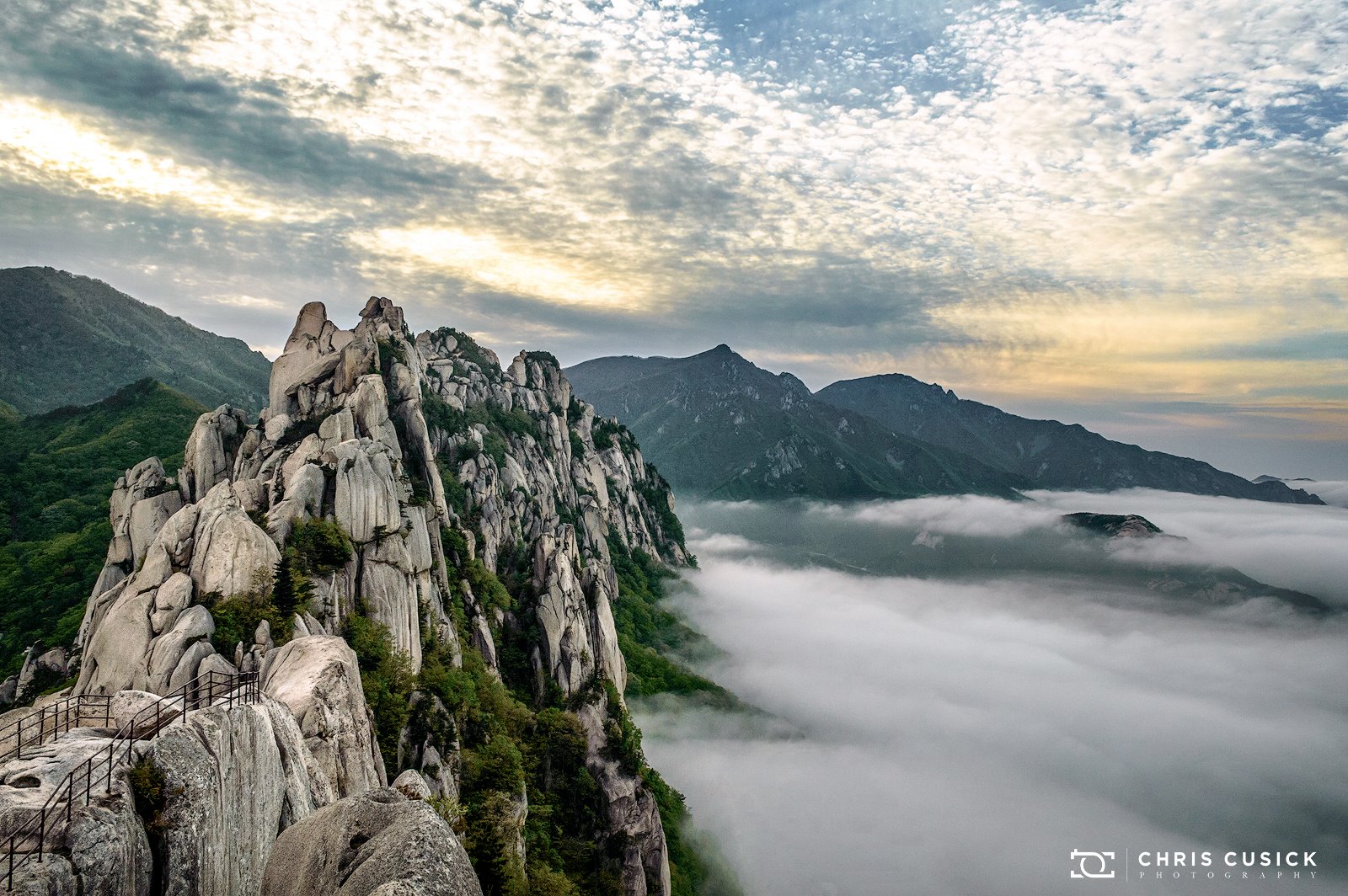 It was also disappointing to see that Crowdfire changed the URLs in my posts to its own custom version. While the link does go to the same place, that isn’t especially clear to my followers. I feel like www.chriscusick.com is much more likely to encourage click-throughs than “http://crwd.fr/2mnOFOi.” It’s hard enough to make your Facebook page look and feel the way you want by virtue of the lack of visual customisation without having to relinquish further control. Reasons to keep using it?

Are there any virtues WHATSOEVER in using Crowdfire? As of yet I’m undecided. I’m currently trialling Iconosquare which seems to have similar features but deeper metrics (and hopefully less annoyances). For the time being, I’ll probably continue to use Crowdfire as a way of determining the best time to post to Facebook – beyond that I can’t see that it’s an overly useful app, and the developers have some serious work to do if they’re to remain a popular choice among the social-media-savvy.